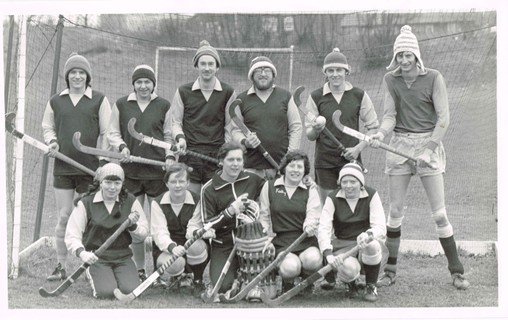 The sports ground at Little Roke Road has been home to Kenley Cricket Club since 1880 and for most of the 20th century it also hosted Kenley Tennis Club and Kenley Bowls Club. Lack of young members resulted in the demise of the bowls club in 1965 and two years later the tennis club suffered the same fate. That winter, members of Kenley Cricket Club debated how to fill the void and Terry Mahoney, Sid Miners, Roger Ward and Doug Anderson offered to get a hockey club up and running, despite reservations about lack of space.

Thus, in 1968, Kenley Hockey Club was formed, with several cricketers and their friends making up the membership. Luckily, enough of these were competent players to ensure reasonably competitive games that encouraged oppositions to renew fixtures.

By the following year, sufficient members of opposing teams had been alcoholically bribed into defecting to the fledgling club that a second eleven was possible. Needless to say, there was not a great deal of sophistication about the play, or about players’ equipment. Goalies were content to wear blackened cricket pads, thin leather kickers and, if they were lucky, a ‘box’ might be found in the corner of the changing room. Some years later, the first goalkeeper to wear gloves was ridiculed for being such a sissy!

Over the next few years, Kenley’s reputation for conviviality attracted several good players who were nearing the ends of their careers at other clubs and preferred to concentrate on the social aspects of the sport. These included Welsh international Martin King.

League hockey came to Kenley in the 1972/73 season when the club joined the Truman’s Surrey 3rd Division. At this stage, Kenley had a reputation for robust play (plain dirty actually) and, in the words of a Surrey Committee member “in a fixture with Kenley, they tried to make you legless both on and off the field”. Martin King, now club captain, worked hard to rid the club of this reputation and two years later promotion to the Second Division was achieved, followed after a further four years by elevation to Division One under the captaincy of Roger Ward. Relegation followed immediately but the club gradually became stronger and promotion was again achieved in the record-breaking 1984/85 season in which John Jones and Murray Novell scored 52 goals between them.

Thereafter, the 1st XI featured prominently in the league most seasons, including taking runners-up spot in a year when it was decided halfway through the season that only one club would be promoted! The unlucky captain was Andy Carpenter, who is still a key member of the club.

Kenley’s two teams became three in the early ’70s and then four in 1974/75. Numbers were very tight for this new venture, but Sid Miners and Ken Clarke had persuaded a couple of Addiscombe cricketers to join Kenley Hockey and the following year, 4th XI captain Crispin Williams, recruited more players from Addiscombe Cricket Club into the art of wielding a bent stick. A dozen Addiscombe cricketers joined in all and continued at Kenley until deciding to form their own club at Addiscombe in 1983. The sudden loss of this number of players could have had a very serious effect on Kenley but, in the event, it only served to spur on the youngsters who took their chances with the removal of the ‘dead wood’ and, before long, the desertions actually had a very positive effect on the club, giving it new impetus.

The spirited attitude that has always been the hallmark of the Kenley membership was not confined to the male members and several girlfriends, wives and sisters, most of whom had never played hockey before, allowed themselves to be recruited into a mixed team playing on Sundays in the 1974/75 season. Kenley was thus one of the first clubs to play mixed hockey and this has continued to form a very important element of club life up to the present day; at one stage the club enjoyed a full fixture list for three mixed teams. Mixed hockey has always had the emphasis on sociability, although today’s standard is far removed from the ‘six-a-side-with-obstacles’ of the early years. For most of its existence, former Chairman Ray Baldwin and wife Carol were responsible for the success of the mixed game at Kenley and they were instrumental in establishing the successful 7-a-side mixed tournament that has been an annual feature since 1980.

With more and more ladies playing in the mixed sides, it became possible to form a Saturday ladies’ eleven in the mid-1980s. The first attempts fizzled out after a couple of years but ladies’ hockey was reintroduced in the 1990s and is currently thriving with three league teams.

A Sunday men’s team, the Krakens (the original name of the Saturday 3rd XI), was a regular feature for several years in the late ’80s and early ’90s.

Kenley’s ‘postage stamp’ pitches with their deceptive slope to the northern end always gave a good home advantage. Thanks to the dozens of players who have helped maintain the grass pitches over the years. All-weather games were played at Monks Hill redgra pitches until these were replaced by the present astro pitch and the club became one of the first local teams to use this new surface. Currently, Kenley are lucky enough to have regular use of several artificial grass pitches, with the majority of home games being played at nearby Warlingham School. 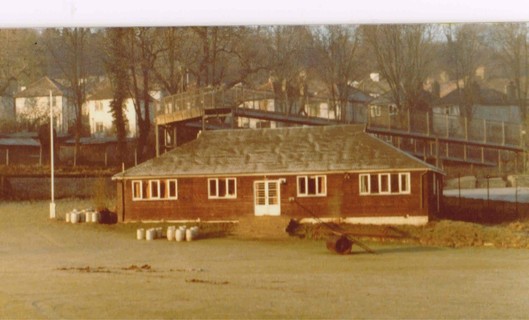 Kenley Hockey Club’s home and venue for many a cosy and convivial evening was an old wooden ‘shack’ of a clubhouse that exuded great charm, the soggy carpeting in the changing rooms notwithstanding. The exploits of many an inebriated night were chalked onto the beams in the bar for posterity – or so it was thought. However, at the start of the 1990s, the council decided to build a new school on their playing field adjoining the Kenley ground and proposed purchasing enough of the club’s land to build an access road, which would necessitate the demolition of the clubhouse. Several years of hard negotiation, led by cricket member Ian Brodie, resulted in the club receiving enough compensation to build the magnificent two-storey brick clubhouse that dominates the ground today. This was opened in 1992, amid great celebration, by Henry Cooper, O.B.E.

The redevelopment of the ground also gave the opportunity to widen the main grass pitch and so this is now virtually full size – a welcome development for under-employed wingers! Use of this pitch (tournaments notwithstanding) is now the preserve of the men’s Veterans team. This was established in 2004/05 to encourage those with failing limbs and rapidly reducing speed to prolong their careers and has been so successful that several members have come out of retirement to participate and a few have even taken up the game for the first time.

Kenley is an amateur club only recently paying for coaches; friendship, continuity and sociability have always been the hallmarks of Kenley: numerous marriages, and consequent children, have evolved from our sociability and although nonagenarian Sid Miners is the only active member who has been involved since the start, the number of players who have been members for over 20 years easily runs into double figures.

Stability, too – KHC has had only five Chairmen since its inception: Sid Miners, Crispin Williams, Ray Baldwin, Paul Bateman and currently Robin Hunt. John Jones completed 25 years as Treasurer, while there has seldom been a shortage of volunteers for other posts, a tribute to the inclusivity of the club.

Despite the number of long-serving members, Kenley has an abundance of young members, with a thriving colts section providing players for the adult teams as well. Young, old and positively ancient mix freely and many real friendships are forged across generations. Thus, at a time when numerous hockey clubs are reducing in size, merging or disappearing altogether, Kenley looks forward to the future with great optimism.

Contact us today if you are interested in finding out more about our club either as a player, official, coach or volunteer.

Details of Data Controller are